Preposterous as all this might have seemed to some at the more cold-hearted end of the viewer spectrum, for those of us swept up in the onrushing drama it was impossible not to capitulate to the sweeping romance of it.

“Today I was asked when I realized I was in the wrong body. As much as it took me a really long time to come to terms with it, I think I have known since I can remember—since I could even think about gender or notice it. I was thinking about when I was in pre-K ,and I would dress up as Cinderella and do girl things. If I decided to wear a dress or roleplay as a princess, my teachers would tell me I couldn’t do it because I was a boy. So when you have everyone in your life telling you that you’re a boy, you kind of start to believe it, even though none of it comes naturally to you.

My transition has been a very gradual, very cerebral process. For a lot of people, it’s very easy to reduce gender to bodies, and that’s terrible. So to answer that question that I was asked today, I realized I was a woman after I was already living as a woman for about a year or so. Before that, I had this platinum blond hair, acrylics, and would dress in skirts, and wear purses—but I still identified as male. I was open-minded enough, growing up, to think that even if my outward appearance was female, I could still be male. If you read enough queer theory, you realize any sort of conjunction is possible. There are boys who want experience life as women but still be boys, and that’s valid.

I never understood why people would think that men couldn’t be as beautiful as women, so for a long time I didn’t have a word for myself. I was like, ‘I’m not a boy but I can’t let myself be a woman.’ So at the time I was like, ‘OK, I’ll be something else.’ It was weird for me, and in some ways, my thinking allowed me to keep putting off how I felt inside by just covering it up with this cerebral explanation.

There is a lot of psychological tension in trying to discuss anything with gender identity.

I used to wear a lot more makeup. I fucking love Boy George, and I would put on that amount of makeup—like Boy George amounts of makeup. My eyeliner would like reach my hairline. I would go really crazy with it. I would try to overcompensate. Now I’m much more toned down, but I feel like all girls have that phase when experimenting with makeup for the first time. Though, if I started off putting on the amount of makeup I wear now, I knew I would just look like who I really am, and I think I was just not ready for that.

I was 14 years old when I got my first taste of makeup. I was in a band as the lead singer and we were playing one of our first shows. At that point all I could get away with was straightening my hair maybe once a month. So yeah, I was at my first show, and I remember finding a Revlon retractable black eyeliner in the bathroom. I put it on my waterline, not even thinking about the fact that I could get an eye infection as I picked it up off the floor—it was disgusting. I guess the cool thing about being in a band is that there is so much more freedom. There’s the classic ‘Dude (Looks Like A Lady)‘-feel. I felt like I could wear the eyeliner, and no one would care because I was at a rock show. Then I wore it again to a crowd that was more of a hardcore scene, and it wasn’t a cool experience. They were screaming at me to get off the stage and calling me the F word. I was just like, ‘Wow, OK.’ I was 15 at that point. It was a terrible wake up call to me, all because I was wearing eyeliner—it’s not that big of a deal, and yet, people are already policing me for not performing this gender that I’m pretending to be. Obviously I was doing a shitty job at performing male. Sometimes I tell people that I really feel like I was in drag for over a decade, in the sense of performing male gender roles. I’d end the night and make sure to wipe off my eyeliner before I got home.

So much attention was focused on star Aidan Turner, it was easy to overlook the other virtues. His capacity to combine Heathcliffean brooding with matinee idol looks (and that much-feted scene in which, oiled-up and stripped to the waist, he went to mow a meadow) set hearts aflutter and the media into overdrive. And rightly so. In fact, it was often the clench-jawed conviction of Turner’s performance that stopped Poldark slipping into complete ludicrousness on occasion.

Eleanor Tomlinson shone, too, transforming the nit-infested urchin Demelza into a 21st-century woman at home in 18th-century Cornwall. Turner may have got the adulation, but it was the screen chemistry conjured between these two that put much of the fizz into Poldark.

Never more so than in this episode’s scenes where Demelza, at death’s door momentarily, drew from Ross the confession that she had supplanted his childhood sweetheart Elizabeth as “the love of [his] life”.

The only other thing that could have been thrown at this finale to make it more Cornishly dramatic was a shipwreck. And so we got one, handsomely done, as the nasty Warleggans’ new vessel, the Queen Charlotte, foundered on her maiden voyage.

Washing ashore not only a bellyful of plunder for Ross’s starving workers, but a gratifying note of poetic justice done – albeit soon to be whipped away by the winds of fate and that clifftop, cliffhanger arrest.

“T’aint right, t’aint fit, t’aint fair, t’aint proper,” some will have chanted, familiar now with the vernacular. But really, it’s hard to imagine a more tantalisingly satisfying ending, containing as it did the promise of a second series (already commissioned) replete with as much high drama as the first.

Given that the Seventies Poldark ran to 29 episodes, and Graham’s novels number 12 (only two of which were plundered for this series), it’s safe to assume that not only one more run of adventures, but many, lie ahead for Cap’n Ross and his much-admired chest. 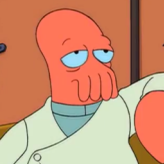